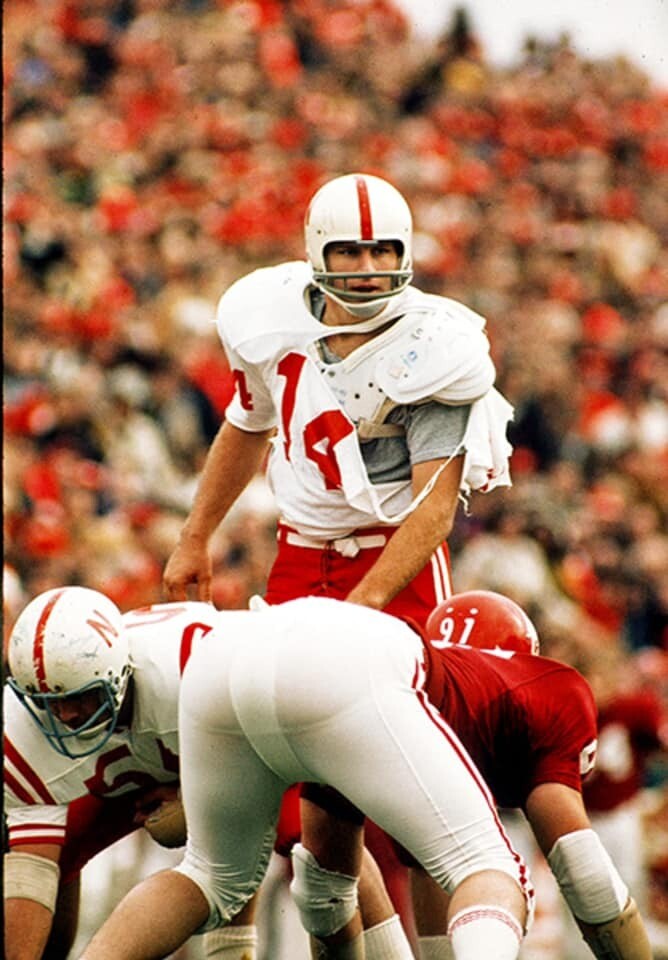 Both teams entered that glorious day undefeated and dominant. The Cornhuskers entered the game winning by an average of 33 points, while the Sooners averaged wins by 29 points. Nebraska, the defending national champion, would be tested by a hungry Sooners team.

It has been referred to as the "Game of the Century." For a game to be considered great, it has to have special meaning (these were the top two ranked teams in America) and something has to happen in the last few minutes.

That happened. After Oklahoma had moved in front, 31-28, on a Jack Mildren touchdown pass, Nebraska mounted a long drive (12 plays, 74 yards), capped by a Jeff Kinney two-yard plunge with 1:38 left.

Jerry Tagge marched the Cornhuskers down the field in what many Nebraska observers consider to be one of the greatest drives in school history.

The Johnny Rodgers punt return is a play which has been seen more times over the years than any other in college football.

Rather than buy both team sheets individually, get them both with a discount!

Save this product for later
Display prices in: USD